Elevator Pitch for Bail Me Out

Joe, a blue-collar mechanic and life-long Jersey guy, grapples with his best friend, Ray, “coming out of the closet,” which sets off a chain of events that affect his entire inner circle and forces Joe to weigh the pragmatism of his relationships with his beloved friends and family. Ill-equipped to adapt in an ever-changing world, Joe is a 21st century Archie Bunker, lovable but rough around the edges.

Letter from the Writer

The first thing audiences notice about my original play, Bail Me Out, is the language. It is profane, vulgar, sexually descriptive, and relentless. Like many artists raised in North Central Jersey, I empathize with the ups, downs, trials, tribulations, successes, and failures of thousands of people in this region. Although this blue-collar story about a gay man coming out to his life-long best friend is obviously not representative of everyone living in Jersey, my goal with Bail Me Out is to represent the language, tone, drama, and action that occur in many Jersey homes today.

In Bail Me Out, I chose to introduce the lead character (Joe Tidone) with all of his ugly warts up front, so right away the audience knows they

are not dealing with a well-adjusted, self-aware mensch, but rather they are watching an in-depth portrait of “a little guy in chaos.” Bail Me Out introduces seven characters, all of whom have several levels of dysfunction and none of whom can be described as morally centered. They are fallible, but loveable. They are insecure, yet courageous. Why? Because they strive for a better life despite the dark clouds that always seem to surround them.

There is optimism in their darkness, pleasure in their pain, and a constant need to find peace despite not really knowing how to stay still. 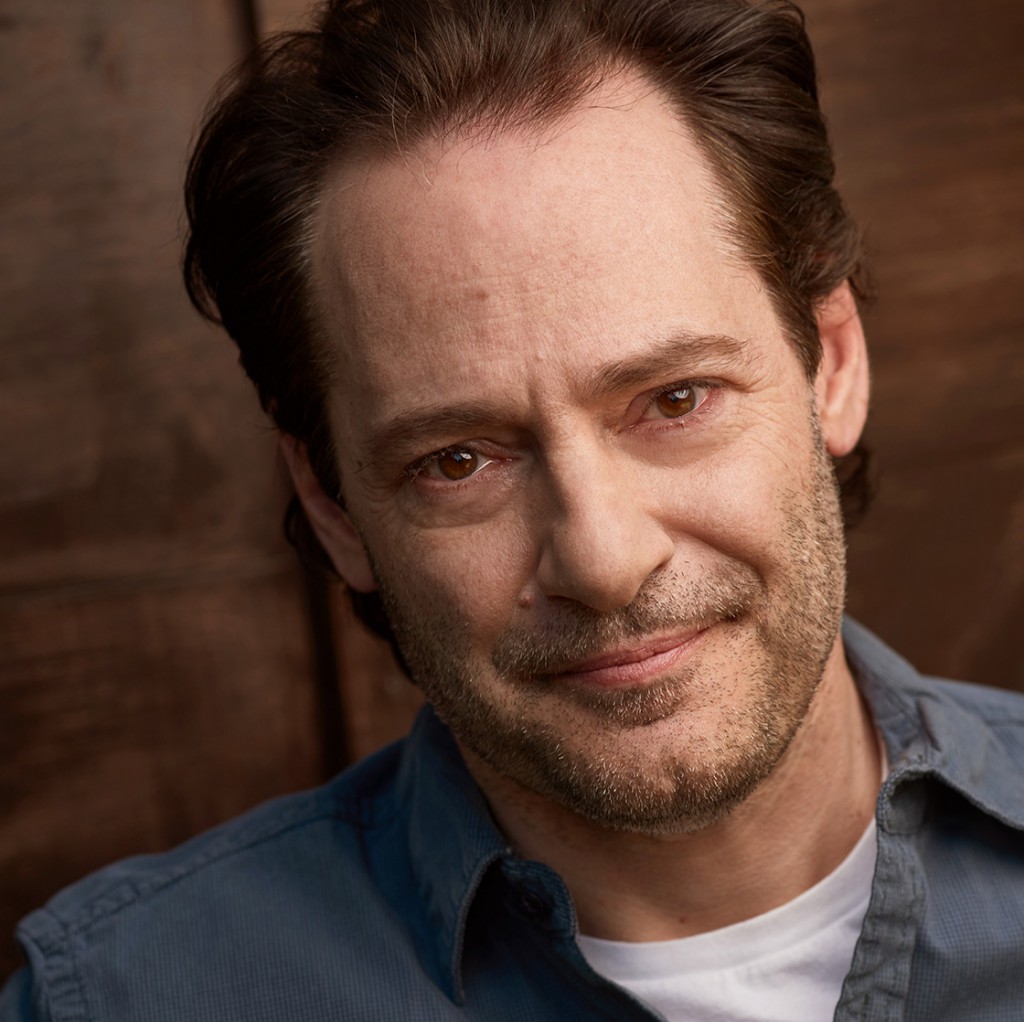 As a playwright, Biribin penned and starred in Bail Me Out which received critical notoriety and was a hit with audiences in Los Angeles. He received praise as both a writer and actor with the Huffington Post noting: “The story blends, the story flows. But what gives it resonance is the character of Joe, magnificently portrayed by (Renato) Biribin.” Backstage West also opined, “Biribin, who has fashioned an intriguing role for himself, deftly anchors the complex story, earning our empathy in his well-rounded portrait of a fallible human trying to cope with a social milieu that’s bewildering to him . . . Biribin shows promise as a spot-on observer of contemporary angst recalling the incisively sardonic works of Jules Feiffer.”

Renato Biribin, Jr. is an actor, writer and producer in Los Angeles, CA. He was an Independent Producer and Executive at Andromeda Studios, LLC from 2011 – 2013, and he was Producer and Co-writer of the studio’s sole feature film Criticsized, starring Callum Blue, Kerr Smith, and James Kyson (scheduled for release in 2016). He was also a Producer on the Mike Marino comedy shoot Mike Marino – Live at the Borgata filmed in Atlantic City, New Jersey; he collaborated with producer/writer/actress Alison Ball to create Selling Religion (a TV pilot); he produced critically acclaimed and multi-award winning short films Moustache by Christina Harding and No Extras by Andrew Pilmer; and he produced the short film Another Round by Scott A. Hislop, a film used in anti-bullying campaigns.

Some of his film acting credits include a co-starring role as FBI Agent Webber in Criticsized, Officer Richard in Loners, Thomas in the State of Desolation, Gio in Selling Religion, The Killer in the short film Detective City Angel, the title role of Dylan/Jon Warland in the film The Portrait of Jon Warland directed by Eddie Mega, and Johnny Capistriani in Moustache.

Besides the title role in his show Bail Me Out, he played the title role of Valentino in Valentino; a Play in Verse. The Santa Clarita Shakespeare Festival marked its 25th season in 2009 with their play Pericles with Renato playing the title role to much acclaim. Other regional theater credits include: Megs in Strange Snow, Bobby in Men in Suits, Iago in Othello, and Aldo in Italian-American Reconciliation. He was also in the original cast of Evil Knievel the Rock Opera which made its debut in Los Angeles in 2007.

As a writer, producer and director for the stage, Renato brought Julia Gregory’s musical Camille to the New York Musical Theater Festival in NYC where it starred Tony-Award nominee Christiane Noll and was a Chairman’s Selection. He also wrote the original script to Felix & Fanny, with music and lyrics by Julia Gregory.

“The playwright intelligently explores the challenges of finding emotional fulfillment in a volatile society where the rules of conduct aren’t always clear-cut. Differing views on sexual freedom, committed relationships, religious beliefs, and tolerance toward other cultures put Biribin’s motley group of high-strung souls through myriad conflicts.”
Les Spindle, Back Stage West
“Biribin deserves credit for tackling social issues and for striving for an in-depth portrait of a little guy in chaos.”
Deborah Klugman, LA Weekly
“The story blends, the story flows. But what gives it resonance is the character of Joe, magnificently portrayed by (Renato) Biribin. A combination of Redd Fox in Sanford and Son and Carroll O’Connor in All in the Family, he’s racist and a homophobe, not so much by his actions as by this kneejerk response, “Hey, some of my best friends are . . . ” He’s funny, in a brown bag way, he’s steadfast and, if he’s not exactly loyal (emotionally he still pays for an extramarital indiscretion), he’s an endearing and familiar character.
James Scarborough, The Huffington Post
“An ‘adult’ comedy that will have you laughing from the start, this is a rude, raunchy, riotously funny play! It looks at marriage, homosexuality, and the long-enduring friendships of a group of colorfully dysfunctional people in a small New Jersey town.”
Pat Taylor, The Tolucan Times
“If I tell you, you gotta swear you won’t tell no one.”
Ray

Artistic Directors and Producers: Interested in producing Bail Me Out? For more information, please email us at info@bailmeoutplay.com.

Actors & Creatives: Add your name to our email list to be notified about upcoming auditions and/or to join our team.

Fans: Add your name to our email list to receive updates and news about upcoming productions and all things Bail Me Out.

For inquiries, questions, or press packets,
drop us a line.